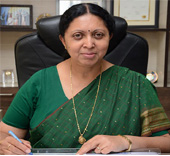 Dr Renu Swarup has taken over charge as Secretary, Department of Biotechnology (DBT). She has served in Department of Biotechnology for nearly 29 years and was holding the position of Senior Advisor/Scientist ‘H’ till she was appointed a Secretary to Government of India on 10th April, 2018. She also holds position of Chairperson, Biotechnology Industry Research Assistance Council (BIRAC), a Public Sector Company incorporated by the Government to nurture and promote innovation research in the Biotech Enterprise with special focus on Start-ups and SMEs.

A PhD in Genetics and Plant Breeding, Dr. Renu Swarup completed her Post Doctoral at The John Innes Centre, Norwich UK, under Commonwealth Scholarship and returned to India to take up the assignment of a Science Manager in the Department of Biotechnology, Ministry of Science and Technology, GoI, in 1989. As a Science Manager issues related to policy planning and implementation are a part of her assignment. She was actively engaged in formulation of the Biotechnology Vision in 2001, National Biotechnology Development Strategy in 2007 and Strategy II, 2015-20 as the Member Secretary of the Expert Committee.

Dr. Renu Swarup has also been closely involved in Programmes and activities related to Women and Science. She was responsible for getting implemented the DBT Scheme on Biotechnology Career Advancement for Women Scientists – Bio CARE. She was also a member of the Task Force on Women in Science constituted by the Scientific Advisory Committee to the Prime Minister.

Dr. Renu Swarup also held charge of Managing Director, Biotechnology Industry Research Assistance Council (BIRAC), a Public Sector Company incorporated by the Government of India to nurture and promote innovation research in the Biotech Enterprise with special focus on Start-ups and SMEs till she took over the charge of Chairperson. Through Biotechnology translational research and industry academia partnerships she has supported more than 1000 Startups and Entrepreneurs, and nearly 500 small companies for innovation research and product development.

A Member of the National Academy of Sciences (NASI) India. She is also a Member of Governing Body of National Institutes, Universities and Canters. She was awarded the “BioSpectrum Person of the Year Award” in 2012. She also received the “National Entrepreneurship Awards 2017”. This is a Special Jury recognition Award for Government Mentor. 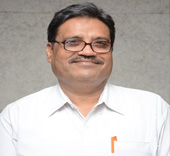 Dr. Mohd. Aslam has taken over the additional charge as Managing Director, Biotechnology Industry Research Assistance Council (BIRAC). He also continues to be the Government Nominee Director on the Board of BIRAC.

He is currently Advisor (Scientist ‘G’) in the Department of Biotechnology (DBT). He is involved in planning, coordination and monitoring of various R&D programmes in plant biotechnology and allied areas. Currently, he is handling major programmes of DBT such as Centres of Excellence in Biotechnology, Translational Research for Products and Processes from Medicinal & Aromatic Plants and Technology Development in Silk, environmental biotechnology, bioresource development and utilisation, Microbial Collections including special research and development projects in Jammu & Kashmir and North Eastern States. He is also involved in Mission Programmes such as Mission Innovation and Clean Energy, Space Mission (in collaboration with ISRO), Biotech-Krishi Innovation Science Application Network (Biotech-KISAN) and Phyto-pharmaceutical mission in North East region. Dr. Aslam is the Member Secretary of the Technical Advisory Committee of Centres of Excellence in Biotechnology and DBT’s Expert Groups on Translational Research in Products and Processes from Medicinal & Aromatic Plants and Technology Development in Silk. He is also working as the nodal officer in DBT for two autonomous institutions – Institute of Bioresources and Sustainable Development (IBSD), Imphal, Manipur; and International Centre for Genetic Engineering and Biotechnology (ICGEB), New Delhi. He is also the Government Nominee Director for Bharat Immunologicals and Biologicals Corporation Limited (BIBCOL) and Indian Vaccine Corporation Limited (IVCOL). 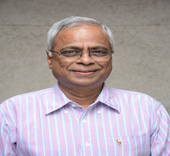 Prof Jhunjhunwala is an Institute Professor at IIT Madras. He received his B.Tech degree from IIT, Kanpur, and his MS and Ph.D degrees from the University of Maine.

From 1979 to 1981, he was with the Washington State University and has been at IIT Madras ever-since, where he leads the Telecommunications and Computer Networks group (TeNeT). The group works with industry in the development of telecom, banking, IT and Power Systems (including solar) technologies relevant to India and has a special focus on rural technologies. It has incubated more than seventy companies in the last twenty years. He chairs IITM Incubation cell, Health Technology Innovation Center (HTIC), co-chairs Rural Technology and Business Incubator (RTBI) at IIT Madras and is professor in-charge of IITM Research Park. He also chairs a MHRD committee called “Quality Enhancement of Engineering Education (QEEE)” focused on 500 Indian engineering colleges, other than IITs and NITs.

Prof Ashok Jhunjhunwala has been awarded Padma Shri in the year 2002. He has been awarded the Shanti Swarup Bhatnagar Award in 1998, Dr. Vikram Sarabhai Research Award for the year 1997, Millennium Medal at Indian Science Congress in the year 2000 and H. K. Firodia Award for "Excellence in Science & Technology" for the year 2002, Shri Om Prakash Bhasin Foundation Award for Science & Technology for the year 2004, awarded Jawaharlal Nehru Birth Centenary Lecture Award by INSA for the year 2006, IBM Innovation and Leadership Forum Award by IBM for the year 2006, awarded Bernard Low Humanitarian Award in 2009, awarded “Bharat Asmita Vigyaan –Tantragyaan Shresththa Award” for the best use of Science & Technology through Innovation in 2010, and awarded Honorary Doctorates by the Institute of Blekinge Institute of Technology, Sweden in 2008 and University of Maine, USA in 2010. In 2010, he was also awarded JC Bose Fellowship in 2010 by DST, Government of India, awarded Dronacharya Award (2011) by TiE and recently awarded Top Innovator of Top 11 in 2011 Innovators Challenge. He is a Fellow of World Wireless Research forum, IEEE and Indian academies including INAE, IAS, INSA and NAS.

Prof Jhunjhunwala is a Director onthe Board of Tata Teleservices (Maharashtra) Limited, Polaris, 3i-Infotech, Sasken, Tejas, Tata Communications, Exicom and Mahindra Reva Electrical Vehicles Pvt Ltd. He is also a board member of several educational institutes and Section 25 companies including BIRAC. He was a member of the Prime Minister's Scientific Advisory Committee from 2004-14. 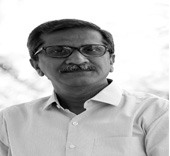 Professor Pankaj Chandra is the Vice Chancellor and Chairman, Board of Management of Ahmedabad University since October 2015.

He was the Director of the Indian Institute of Management Bangalore (2007-2013) and Professor of Operations & Technology Management at IIM Ahmedabad and IIM Bangalore. He holds a B.Tech. from the Banaras Hindu University and a Ph.D from The Wharton School, University of Pennsylvania. He has taught at various institutions such as McGill University in Montreal, University of Geneva, The Wharton School, University of Pennsylvania, International University of Japan, Cornell University, Renmin University, Beijing and IIM Ahmedabad (IIMA). He has worked briefly with The World Bank in Washington DC. He was the Chairperson of the Doctoral Programme at IIM Ahmedabad and the first Associate Dean (Academic) at ISB, Hyderabad. He was part of the founding team at the Centre for Innovation, Incubation and Entrepreneurship (CIIE) at IIMA and its first Chairperson.

Professor Chandra’s research and teaching interests include Manufacturing Management, Supply Chain Coordination, Building Technological Capabilities, higher education policy, and hi-tech entrepreneurship. He has published extensively in international refereed journals and has served on the editorial boards of several international journals. His forthcoming book studies issues of Governance, Change & Institution Building in Indian Universities. He has been conducting the national survey on Competitiveness of Indian Manufacturing since the last 20 years. Professor Chandra has been involved in several startups, has also been a consultant to large Indian and multi-national firms and serves on the Boards & Academic Councils of several firms and institutions (Mindtree, BIRAC, NID, IGIDR, Srishti School of Art, Design & Technology, Film & Television Institute of India, IIT Jodhpur, IIIT Bangalore, IIIT Dharwad, BHU) 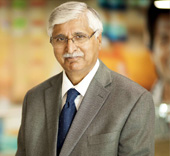 Shri Naresh Dayal, IAS, has worked with the Government of India for 37 years in various positions at the state and national levels.

As Secretary, Ministry of Health and Family Welfare, Mr. Dayal has been responsible, among other things, for all policies and programs in Public Health, supervising National Health Authorities, assessing and devising the policies for the country’s manpower requirements in health. Mr. Dayal holds a Masters degree in Arts from University of Delhi and also in Professional Studies, Agriculture, from University of Cornell, USA.Shri Naresh Dayal is also the Chairman of the Expert Appraisal Committee for Coastal Regulation Zone and Infrastructure Projects for Environment and CRZ clearances by the Ministry of Environment, Government of India.Shri Naresh Dayal is a Director of State Trading Corporation of India Limited. Mr. Dayal has been Non-Executive -Director at Balrampur Chini Mills Limited since November 15, 2016.He has been an Independent Director of GlaxoSmithKline Consumer Healthcare Limited since April 23, 2010. He served as an Independent Director of The State Trading Corporation of India Ltd. from July 10, 2011 to July 9, 2014. 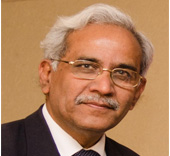 The group made a successful foray into genome-wide sequencing of rice, tomato and chickpea.

A transcriptome atlas of water-deficit response and grain development in rice has been generated. A novel stress associated protein (SAP) gene family has been discovered and these genes have been used to improve water-deficit response. Group is also working to improve yield by understanding activity of genes/alleles responsible for seed development.

This is the official Website of Biotechnology Industry Research Assistance Council (BIRAC) , a Public Sector Enterprise, set up by Department of Biotechnology (DBT), Government of India © 2020